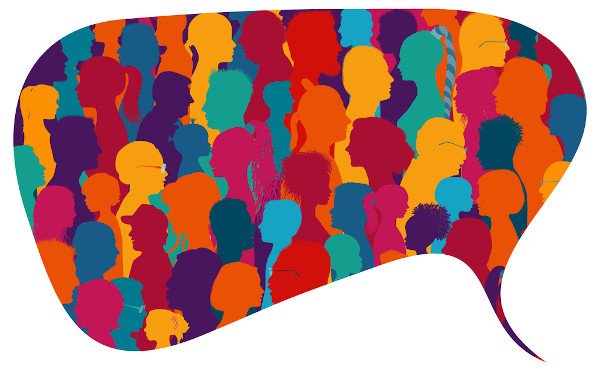 Every language has, due to several factors, variations in its structure, speech, grammar and pronunciation. That is, in the same language we may find different ways of speaking, that enrich even more the linguistic content and the dynamism in communication.

Linguistic variation has existed for centuries, and Portuguese may prove this, as a language rooted in the old Latin.

Latin, ancient Indo-European language from the Italic branch, emerged in Lazio, in the surroundings of Rome, Italy.

After the expansion of the Roman Empire, Latin became widely spoken in a large part of Europe. As the linguistic variations of each region were emerging, new languages also started to emerge, from a common language.

Portuguese, French, Italian, Spanish, Romanian, Catalan, among other languages, are some of the examples of how variations from a same language may generate new dialects and expressions.

However, those who think that linguistic variations are not present in our daily lives are mistaken.

The old Slavic language and Latin, both extinct, were the basis for most of the languages that we know. However, even nowadays languages go through variations, changing according to various factors.

Types of variations in the same language

The same language may have different types of variations, depending on several factors, which we will discuss below.

Historical variations occur as the time passes, through gradual changes, that emerge with the changes in how we communicate.

As the Portuguese language, like other languages, is very dynamic, changes emerge with a certain frequency, just as recently happened with the implementation of the new orthographic agreement.

That is, changes in writing, in the meaning of words, as well as on its daily use, are some examples of how historical variation works.

In order to understand better how this linguistic variation works, let’s use a few simple examples, present in our daily life.

Can you see how, with time, “vossa mercê” contracted until popularizing as “você” (you)? In some regions, this contraction led to the emergence of “cê”.

This phenomenon, therefore, is seen as a variation in the same language.

That is, there is a difference in words and phonemes (sounds and accents), according to the place where certain language is spoken. This linguistic phenomenon happens in places with different cultures, habits, customs and traditions, thus creating other language structures.

For example, does a person who was born in Rio Grande do Sul speak in the same way as someone who was born in Bahia? Certainly not. Each region has its own variations of a same language.

The same applies to international examples, such as Brazil, Angola and Portugal, locations where Portuguese is the official language, but have unique linguistic structures.

Basically, we may say that diaphasic variations are those that depend on the context of communication, varying according to speech or style.

The adaptation of formal and colloquial language is an example of how this type of linguistic variation works.

In our daily life, we usually adapt our style and tone of speech according to the situation. It is highly likely that the language used in a job interview or business meeting won’t be applied on a day-to-day basis, in chats with friends and family.

This variation in language is known, thus, as diaphasic or stylistic variation.

This type of linguistic variation is related to the different social groups.

The manner of speaking used by young people is certainly different form the one used by older people. The same applied to certain niches, such as professions.

Doctors, soccer players, journalists and architects have their own terms and word that, if used in a different context or social group, won’t have the same meaning.

All variations in the same language, within a specific niche, represent social linguistic variations.

Linguistic variations: the importance of communication in the daily life

Once you know more about linguistic variations, it is easier to understand how languages change their structure, even among native speakers.