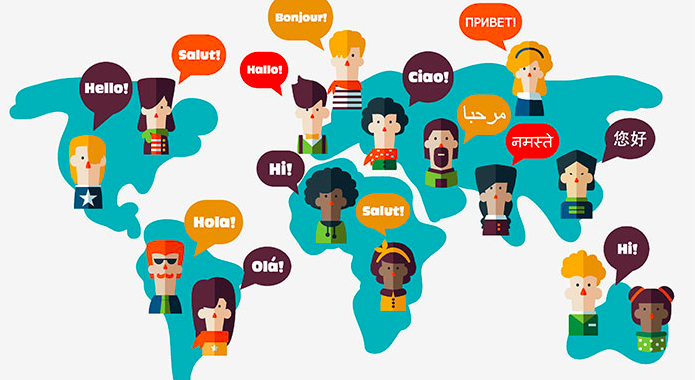 Learning a new language is always a special moment. The contact with a new language, a new culture, is always something enriching, when each step of learning represents an achievement, an evolution. It is definitely very usual to find people asking which languages are the most complicated to learn, especially due to the fear of facing difficulties.

The fact is, to learn any language is a “difficult” task, as it demands time, effort and willingness.

It is important to know, however, that there are those languages that, due to not originating from Latin, as our Portuguese, don’t have many similarities to our language, making it harder to learn.

Spanish, Portuguese, Italian, French and Romanian are among the languages deriving from Latin, with an “easy” learning. On the other hand, we may say that the languages most complicated to learn, for Brazilians, are, without doubt, those that have no relation to Latin.

So, see below the most difficult languages to learn.

Certainly Japanese is among the languages that come to our minds when we think about the most complicated to learn, right?

With 127 million native speakers, Japanese is a language that, as many know, has its own writing system made of ideograms.

The writing in Japanese consists of Katakana, Kanji and Hiragana, two syllabaries with more than 40 characters each, which are jointly known as Kana. That is, if you want to be fluent in the language, you will have to learn more than 10,000 characters in total.

The texts are displayed in two ways: the western style, in horizontal lines; and traditional format, with vertical columns from top to bottom of the page, from right to left.

Besides the grammatical aspect, Japanese is a tonal language. That is, the meaning of the words may vary according the tone and even the context, leading to more than 50 sounds that must be memorized.

Surely, by just reading this information, it is easy to understand why learning Japanese may be complicated.

Russian is, obviously, among the most difficult languages to learn, especially as it is part of the Slavic family, with Polish, Ukrainian, Bulgarian and Slovak, for example.

Another characteristic that makes Russian even more complicated is the use of the Cyrillic alphabet.

As with Japanese, one of the factors that makes this language extremely complicated is the lack of similarity with Portuguese.

Also, these two signs don’t even have sound, once they serve just to indicate the pronunciation, being soft or hard.

Therefore, we might say that there are several ways of saying each letter, varying according to the sound, being open, hard or soft. In other words, in Russian, a slightly different sound may offer a completely different meaning to the word.

Korean, as Japanese, presents a great degree of difficulty in its learning, especially for using tonal language.

With more than 71 million native speakers, Korean is part of an isolated family and uses the Hangul alphabet.

The Korean alphabet is definitely complicated to learn, although it is easier than Japanese. The Hangul writing system consists of a series of symbols that has 24 letters, being 14 consonants and 10 vowels.

Additionally, the combination of all these letters ends up generating give double consonants and 11 diphthongs.

For a speaker of a Latin-derived language, learning Korean certainly won’t be an easy task.

Now that you know three of the most difficult languages to learn, it is easy to understand why many people stay away from these languages.

It is worth mentioning also some other complicated languages, such as Mandarin (Chinese), Vietnamese, Arabic, Finnish and Thai.